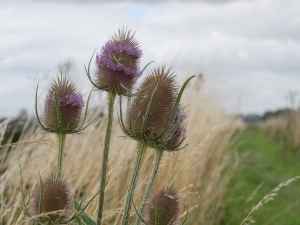 We are two weeks out of London, have covered 186 miles, and been through 148 locks, 3 swing bridges and 1 tunnel. My phone tells me we could be back in London in less than two hours by car. We would normally be back on the mooring and at work nursing our post-holiday blues: not so this year – on we go.

Despite plans to take things slowly we have kept up a relentless pace. Leaving early in the morning, carrying on until the evening and beyond tired.

We planned to reach Cambridge by 6 August to meet up with our friends Perran and Jane. We have been so speedy, we are now in danger of arriving and leaving before they are back in their riverside house. Cambridge moorings have a 48 hour limit. I suggested we should stay here today.

Lying in our sunlit bed, relaxing and reading my kindle, with a background noise of birds and a distant machine working a field, I heard the noise of sawing – Dugald was already busy creating a temporary workbench. Next step was to undercoat our newly acquired gang plank. So much for a day off! 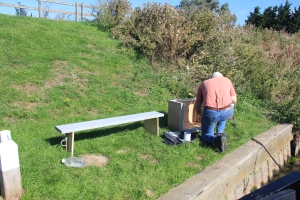 Off to the top of the bank again with my mobile wifi to see if I can locate a nearby pub. Perhaps there’s time for a walk and pub lunch between coats of paint. I found a riverbank path to Ely, and we returned from our five and a half mile round trip in time to put the first top coat on Dugald’s creations. There are still no spaces on the banks in the centre of Ely. 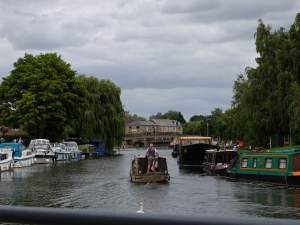 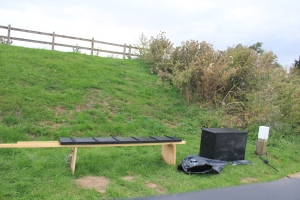 Walking along the path on top of the riverbank, lined with thistles and ragwort, I stopped to admire fluffy thistles about to send their seeds across to neighbouring field. Dugald was not keen: he has disliked thistles since he and his brother Hugh were sent out in the school holidays with ‘thistle spudders’ to pull up all the thistles on the farm. The ragwort is a mystery too: it used to be an offence to be found with ragwort in your fields, and certainly was seen as a disgrace. But we have seen it growing everywhere near the rivers and canals.